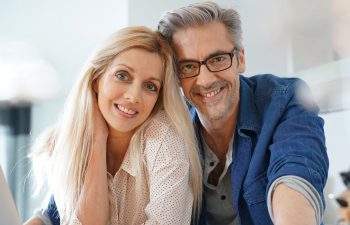 The “good”, the “bad”, and the “ugly”, of breathing in modern Western society

“A scientific truth does not triumph by convincing its opponents and making them see the light, but rather because it’s opponents eventually die and a new generation grows up that embraces it.”
-Max Planck

When people think of health priorities….they think of a lot of things….but chances are that breathing doesn’t even make the list….and, when it comes to things we can influence directly and profoundly to improve our general health (and our appearance) virtually no one would include breathing on that list…

We can live without food for weeks…for water for days….but we can only live without oxygen for a couple of minutes….Breathing is not only the most precious and uncompromising component of human life but it is completely overlooked; it is the forgotten nutrient.

All breaths are not created equal…

There is no substitute for the nose….it performs 30 unique functions. There is a gas release into the nasal cavity called Nitric Oxide. Nitric oxide sterilizes the air…it opens up the airways, and it enhances the amount of oxygen that is taken up in the blood.

Breathing properly and efficiently is crucial…but the most crucial period for breathing is during sleep. During sleep we lose consciousness and we fall prey to the path of least resistance….for too many of us our mouths drop open at night….our jaws drop back…our tongues, due to inadequate space, fall back into our airway….and our oxygen intake is restricted, constricted and even blocked. Snoring is a significant warning signal….it says that your oxygen supply is being choked off….the current of life is being diverted. Your blood is not getting the oxygen it needs to bathe the brain, heart, liver, kidneys, etc.. 50% of people who snore have sleep apnea. Sleep apnea is the “ugly” manifestation of breathing …..it is a relatively new epidemic….it is the result of many rather modern western life patterns….it is the result of too much soft tissue that is blocking the airway due to inadequate tongue space (too small of a mouth), a pushing back of the floor of the skull (the maxilla) and in many cases weight gain in the neck and oral cavity which also impinges on the airway.

Imagine if you were intended to breath through a garden hose but instead, at night, you were forced to breath through a coffee straw….would you similarly starve the plants in your garden of water and nutrients. And, if you did, would you expect those plants to be as hearty, as resistant to pests and diseases? would you expect those same plants to flower or bear fruit as productively as a plant that received a proper water and nutrient supply.

It matters. It matters that someone with sleep apnea is 23 times more likely to have a heart attack. Yes, I said 23 times. Smoking, by contrast, put it’s participants at an 11 times risk.

Modern western civilization is very much different than it once was…..airway blockage, snoring, and sleep apnea were much rarer human maladies just a couple hundred years ago. Our jaws have gotten considerably smaller over the centuries, teeth have become much more crowded, palates have narrowed and drifted much further back into the airway, and people have become considerably more obese…….

Anthropoligical studies that go back even just a couple hundred years show skulls with straight teeth….full arch forms….wider faces with better developed jaws…Crowded teeth was an anomaly. Then, the industrial revolution dawned…pollutants, poor air quality, the processing of foods and with these additions we get allergens and the ensuing upper airway blockage that we find so commonly in this age. We get hair-brained ideas from the medical community from the turn of the 20th century that said that breastfeeding was old fashioned and inferior. By 1972 only 22% of women were using their breasts for their intended purposes. Bottle feeding became the civilized vanguard, only the lower class resorted to breastfeeding. Thankfully, breast feeding has made a comeback, and though that is a good thing there are many more obstacles to proper nose breathing that await a developing child.

Who thought to ask if breast feeding served a vital purpose in child development and that bottle feeding ushered in the improper development of facial and tongue muscles. The outer muscles of the face overwork as a result of bottle feeding and the tongue is bypassed…A wise man once coined the tongue “the rudder of the spine”. I doubt if he worked for a baby food company. As parents we are subjected to an onslaught of marketing that emphasizes softened, blended baby food that suppresses normal jaw development…infants need to quickly transition to solid food to stimulate the proper growth of the jaws.

The cycle starts like this: Poor oral posture and poor facial development starts in the beginning….when we abstain from breastfeeding….(1 year is recommended for proper facial development alone) and resort to bottle feeding…irrespective as to whether the bottle is breast milk or not.

Before long poor facial habits start and the upper and lower jaws don’t develop properly….as a result we develop a high palate….maybe even a deviated septum as a result of a collapse of the upper sinuses….as the sinuses get more constricted our ability to breath through our nose is compromised….maybe allergens enter into the equation..this blocks the upper airway even more….now, the default when the nose can’t properly take in air is the subconscious opening of the mouth for breathing…..the tongue then drops to the floor of the mouth and the worlds most efficient and perfect orthodontic appliance has just left it’s celestial position in the drama that is the human body system. The tongue, when positioned properly at the roof of the mouth, is responsible for straight and properly positioned teeth, a broad arch form, a wide jaw structure, developed cheekbones and well supported upper lips, fully formed sinuses, and more. To call it the body’s “rudder” is the best of metaphors.. Imagine having Michael Jordan on your team but leaving him on the bench. When your tongue is not resting up against the roof of your mouth at rest then your tongue is on “the bench”; it’s not functioning the way it was born to function. It drops to the floor of the mouth….the maxilla (the palate and the upper teeth) start to constrict even further….breathing through the nose gets even more difficult….an increase in respiratory and ear infections is often a pattern…more blockage….tonsils and lymphatic tissue will enlarge in response to this heightened need to fight infections….they will also increase due to mouth breathing…and they will grow even larger…the problem gets worse…and worse….the face narrows, the sinuses flatten and lose tremendous volume, teeth crowd, faces drop back and flatten, lips collapse, chins disappear into the neck…..like global warming these problems are all man-made…and like most everything in western medicine we ignore the causation and focus on the symptoms: Crowded teeth (braces) poorly developed faces (nose jobs and chin implants), malocclusion and a high risk for TMJ (Medication and “nightguards”), and very compromised airways (Largely undiagnosed)….

During adolescence poor nighttime breathing done through the mouth will create a very undernourished child…if we acknowledge that Oxygen is the king of all nutrients then we should also acknowledge that obstructed breathing brings about poor sleep and a chronic lack of quality sleep and quality oxygenation. Sleep is the process whereby we recharge our battery. If your blood saturation was 98% saturation you can imagine how much more overall nourishment your body will experience vs. a 76% saturation….sleep disordered breathing can render such a low blood oxygen saturation on a chronic level. Blood oxygen level indicates how well the body distributes oxygen from the lungs to all of its cells.

Modern western medicine tends to treat these symptoms with medication. We are great at treating acute problems in western society (heart attacks, falling off a ladder, etc.)…but maybe not so great at treating the chronic problems….we are good at seeing trees but don’t we often miss the forest? And when we do we start to spiral……crooked teeth, narrow aches, retruded lower jaws, inadequate tongue space and malocclusion are part of the spiral….….

Malocclusion: the condition where a patient’s bite is pathological creating unfavorable forces on the teeth, joints, and muscles.

Desperately, we should see crowded teeth and malocclusion as the “canary in the coalmine”….it is a sign that there is a general health issue…retruded jaws is a siren that there is a general health issue….and so on….they are warning signs….but, we are trained to put kids in braces and call it a day. The elephant in the room is never seen. it’s like painting a house that has collapsed and been blown off its foundation by a hurricane.

Proper breathing (through the nose) will trigger the parasympathetic nervous system….which calms the body and mind and is responsible for reducing stresses. By contrast, poor breathing will trigger the sympathetic nervous system, the “fight or flight” mechanism, the mechanism you want to access when confronted with a Grizzly bear…….Our modern western culture lives too often in a sympathetically driven state.

It doesn’t take a health professional to tell you that that is bad…the more that you can run on your parasympathetic system the better….it’s the key to fighting stress (and all of those other undesirable conditions mentioned earlier)…..it all starts with breathing…..

Breastfeeding results In proper training and development of the tongue. If you lack the ability to breastfeed there are alternatives and other opportunities to promote proper facial development.

Then the early hard diet continues the process.

When the tongue postures, swallows and speaks properly we get ideal growth.

When we breath through our nose with our tongue postured up against the roof of the mouth we get ideal facial development and optimal oxygenation of the body.

Most malocclusons are acquired, not inherited.

Malocclusion is a disease of western society.